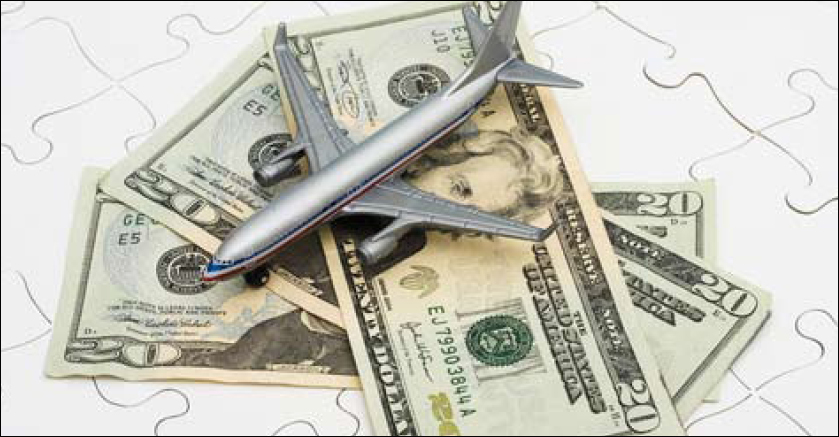 After an introduction on how airlines come up with ticket prices (click here to read), I will now explain how airlines assign multiple prices on the same routes to maximise the profits. They do this using different fares and fare classes.

What you pay for your ticket is made up of a so-called “base-fare” + the applicable taxes. These taxes depend on the airports (and countries) you depart from, arrive at and transfer at. The combined price is the ticket price you pay. Taxes are often the same for all fare classes.w

What are fare classes?

“Fare classes” or “booking classes” are not the same as cabin class. Cabin class refers to economy, business or first class. Within the economy cabin, many different fare classes may exist; each having its own price and conditions.

These fares are usually designated with letters of the alphabet (and a few more characters). You may notice during booking that your flight is booked in “E”, “R” or “V” class. Every airline has their own fare classes by the way.

What is the difference between the fares?

Every fare class has obviously a different price. Let’s say that on a route (fares are published per route, from A to B) there are 10 fare classes in economy class, starting at €100 for a return and going up per fare class with €100.

An airline usually has computer systems filling up the aircraft based on certain models; ensuring maximising the load-factors vs. the income generated. The different fares are very useful to achieve this because it allows airlines to work with full price flexibility.

On some flights fares may not be available. For example: the morning flight from Amsterdam to London is a popular one and therefore the 5 lowest fares are available at any time while the next flight, that departs later in the day has more availability on the lower fares; thus pushing leisure travellers to the later flight while maximising the incomes on the early one by focussing more on business travellers.

Why airlines have different prices on the same route?
To make sure every type of passenger books for the price that they are willing to pay. “Katrina“, A business person, often books short in advance, stays for a short time (1 day?)  and since her company pays for it; she doesn’t really care about the ticket price and is probably willing to pay €500 for a return ticket.
Her manager who never knows whenever his meetings finish also wants a flexible ticket so he can go back home on an earlier or later flight without a hassle. “Hans“, who’s a tourist, will book early and will stay for some time and is also not willing to shell out more than €200 for a ticket while “Leslie” whose mother sadly passed away desperately wants to travel and is willing to pay over €900 to be there.

How the airline knows who you are and within what category you fall? This is purely based on the characteristics of the trip that you are trying to book.

The rules of the fares

Every fare-class has its own rules attached to it. And they are very important because only if you fall within the rules you can actually book it for the price. Ticket search engines automatically show you fares that are eligible for your trip. Usually, these search systems will not show prices of fare classes that cannot be booked for your itinerary.

Pretty interesting topic right? You are very welcome with any questions and or remarks. Also, don’t forget to subscribe if you’d like to receive my updates (on top of the Friday articles)